Whose Fault is the Opioid Epidemic? 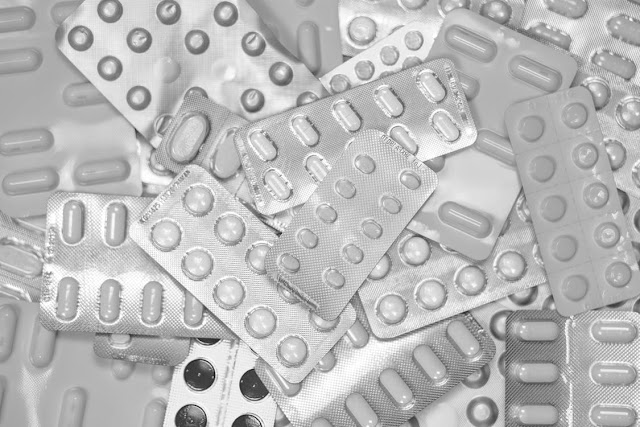 The other day I was driving to work, listening to a podcast that was discussing their view on the cause of the opioid crisis.  The discussion went on to talk about the Sackler family, who own Purdue Pharma and are the makers or OxyContin.  In 1996, when this prescription medication was approved by the Food and Drug administration, it was cited as a medical breakthrough in long-acting pain treatment.  Today; however, this drug is quite often pointed to as ground zero for America’s opioid epidemic.

This particular podcast went on to further raise the question of responsibility.  Specifically, “What responsibility do private companies have in fixing problems they effectively helped cause?”  Furthermore, they were questioning the integrity of Purdue Pharma for their part in helping to identify potential treatments to opioid addiction.  The speaker stated that it is similar to an arsonist coming up with a novel approach to putting out their own fire.

During the first half of the 1900's and back through the 1800's, the majority of physicians viewed pain as an integral component of the healing process. During the second half of the 20th Century, this all began to change.  Through a series of events, which I will attempt to document for you here, physicians began to listen to patients when they stated they were in pain.

In 1973, a landmark study documented that 73 percent of hospitalized medical patients suffered from moderate to severe pain.  During the similar time frame, an industrious and informed physician began the process of patient satisfaction survey development.  The question was, how can interviewing patients, at discharge from a hospital, potentially improve performance of care?

By 1985 patient satisfaction surveys had begun, and the results were clear that patients who were provided a positive experience were more likely to have positive clinical outcomes.  This foundation of surveys helped hospital executives realize that in order to improve quality, increase market share and optimize reimbursement they must align all aspects of the organization in an effort to improve and manage performance.

Through the 1990's, much emphasis was put on the development of acute pain clinical treatment guidelines, laying the foundation for current pain treatment.  As any good company would do, pharmaceutical companies had their ear to the train tracks and heard the rumblings of the nation’s medical community.  The response was the FDA’s approval of OxyContin in 1996, followed by a variety of other long acting medications over the following 15 years such as Avinza, Kadian, Exalgo, Opana ER, Hysingla and Zohydro, just to name a few.

In 2002, the Hospital Consumer Assessment of Health care Providers and Systems (HCAHPS), which had been developed in 2002 in joint collaboration with the Centers for Medicare and Medicaid Services (CMS) in order to rate hospitals, was formally endorsed by the National Quality Forum (NQF) which is an organization established to standardize health care quality measurement and reporting.

As I stated at the beginning, over the past 50 or so years, physicians have begun to listen to patients with regards to pain.  In addition to physicians listening to their patients pain issues, patients are now able to evaluate, through patient satisfaction surveys, just how well they are being treated for their pain while in a hospital.

Be it right or wrong, evaluations such as these may influence the corresponding hospitals reimbursement for the services provided by the physician on staff at this hospital.  These evaluations may have the potential to influence how a physician may alter their practice at a given institution.  It is not inconceivable that a physician who denies requests for opiate pain medication may not receive favorable ratings at that particular institution, which, may impact their hospital privileges.

It is easy and simple to point our finger at one specific drug company as the cause of our current opioid epidemic; however, as we all know, things are rarely that simple.  Yes, perhaps the drug companies should have done further research as to the potential risks of these long-acting opioid pain treatment options, but they are definitely not the only ones to blame.

Remember, our very own Food and Drug Administration approved these medications, our Medicare administrators implemented satisfaction surveys that determined reimbursement for our hospitals, our hospitals required pain treatment education for their physicians, and patients would have not received any of these medications if pharmacists had not filled the prescriptions.

We now realize that opiate pain medication does have an important role in both acute and chronic pain treatment; however, non-narcotic alternatives, used in conjunction with opiate medications, may help to provide reasonable pain control while decreasing the need for an increased dose of opiate therapy.